We hadn’t planned on doing another gig this year but when Dan Trembly master of ceremonies of the Onion Town Variety show invited us to do a ghoulish set this October how could we not come by and get creepy?


A few pics of Tapley Hall done up for Halloween 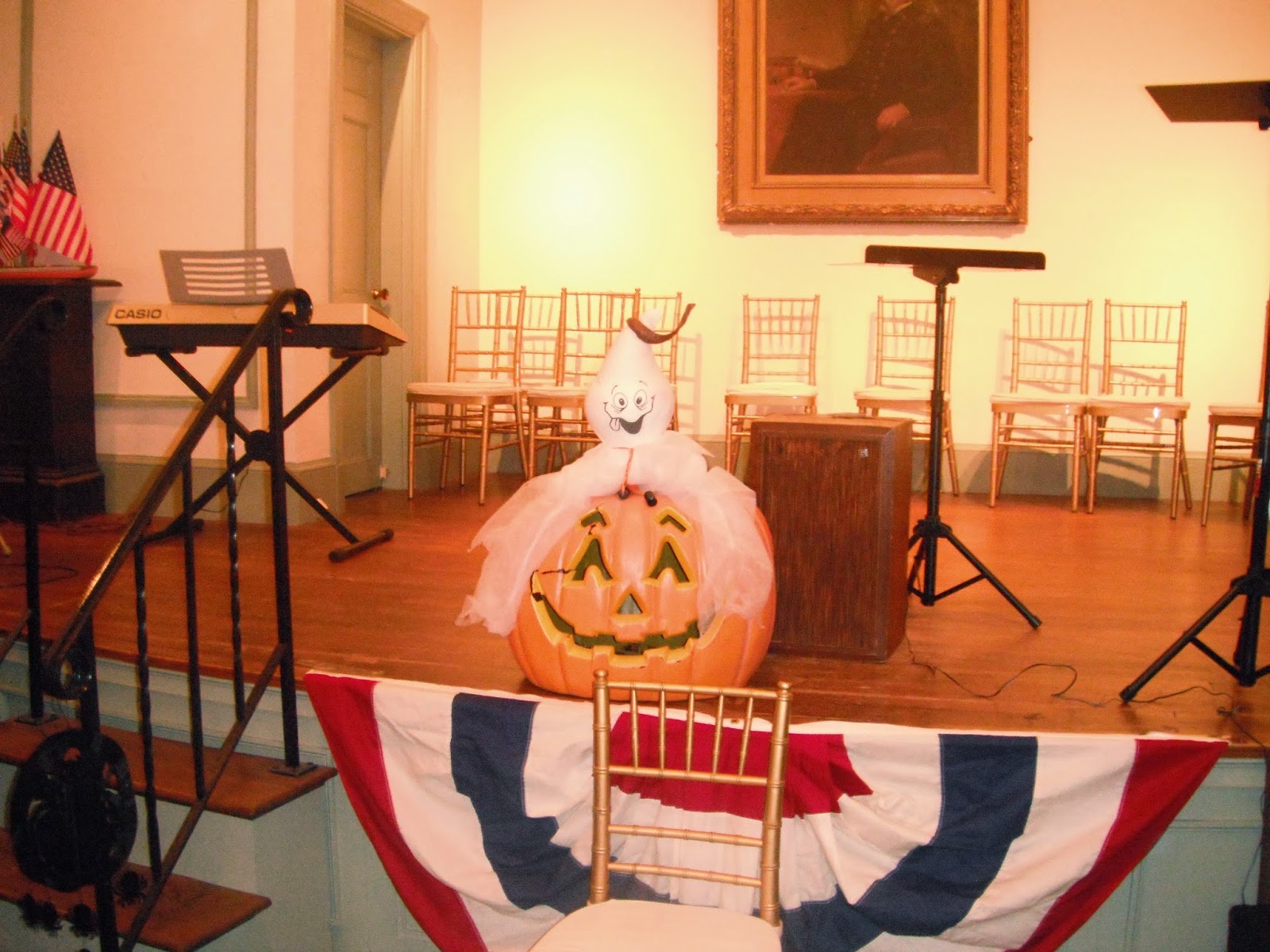 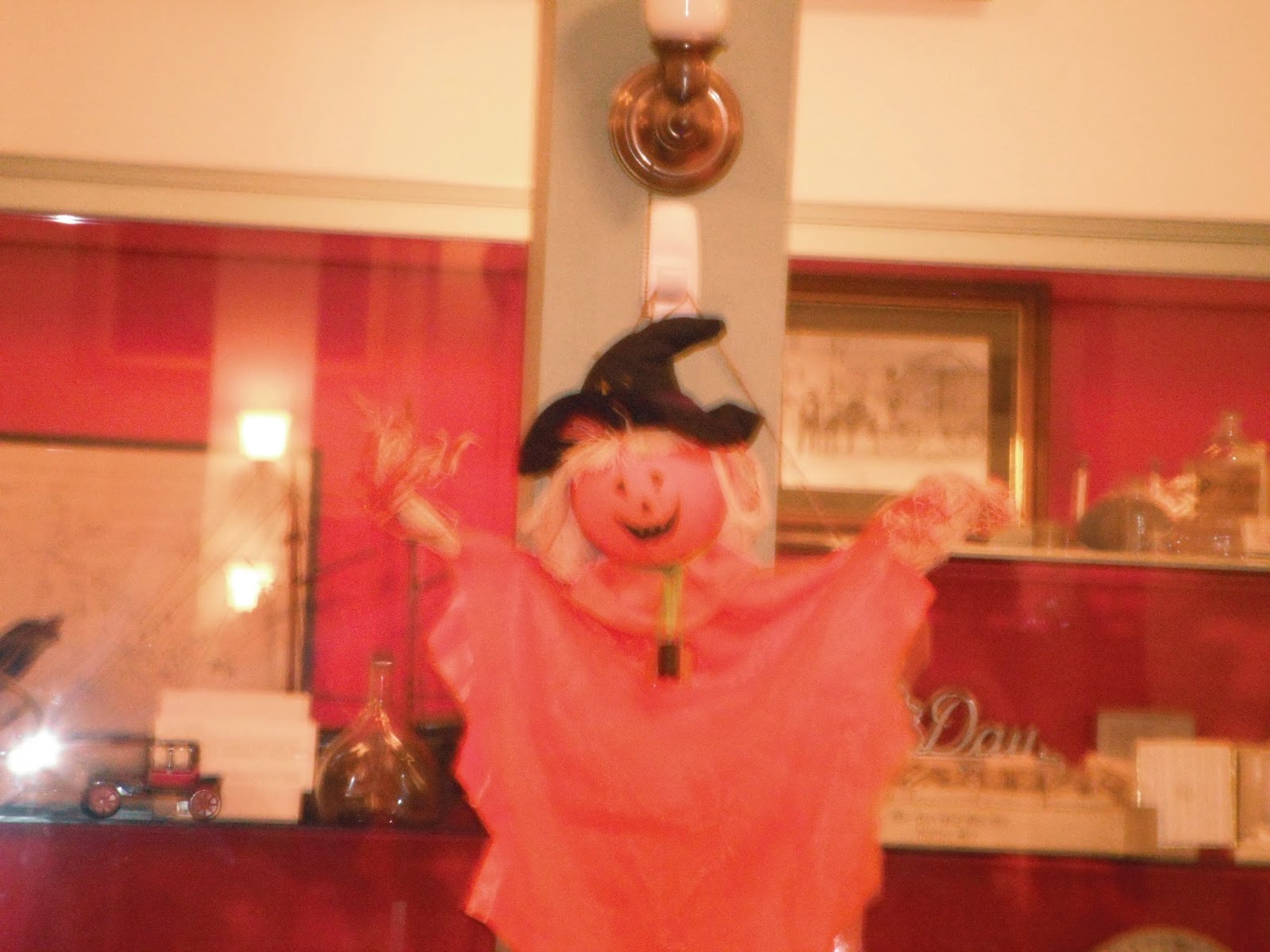 Here’s a pic of Dan who kicked off the gig by telling some gags. 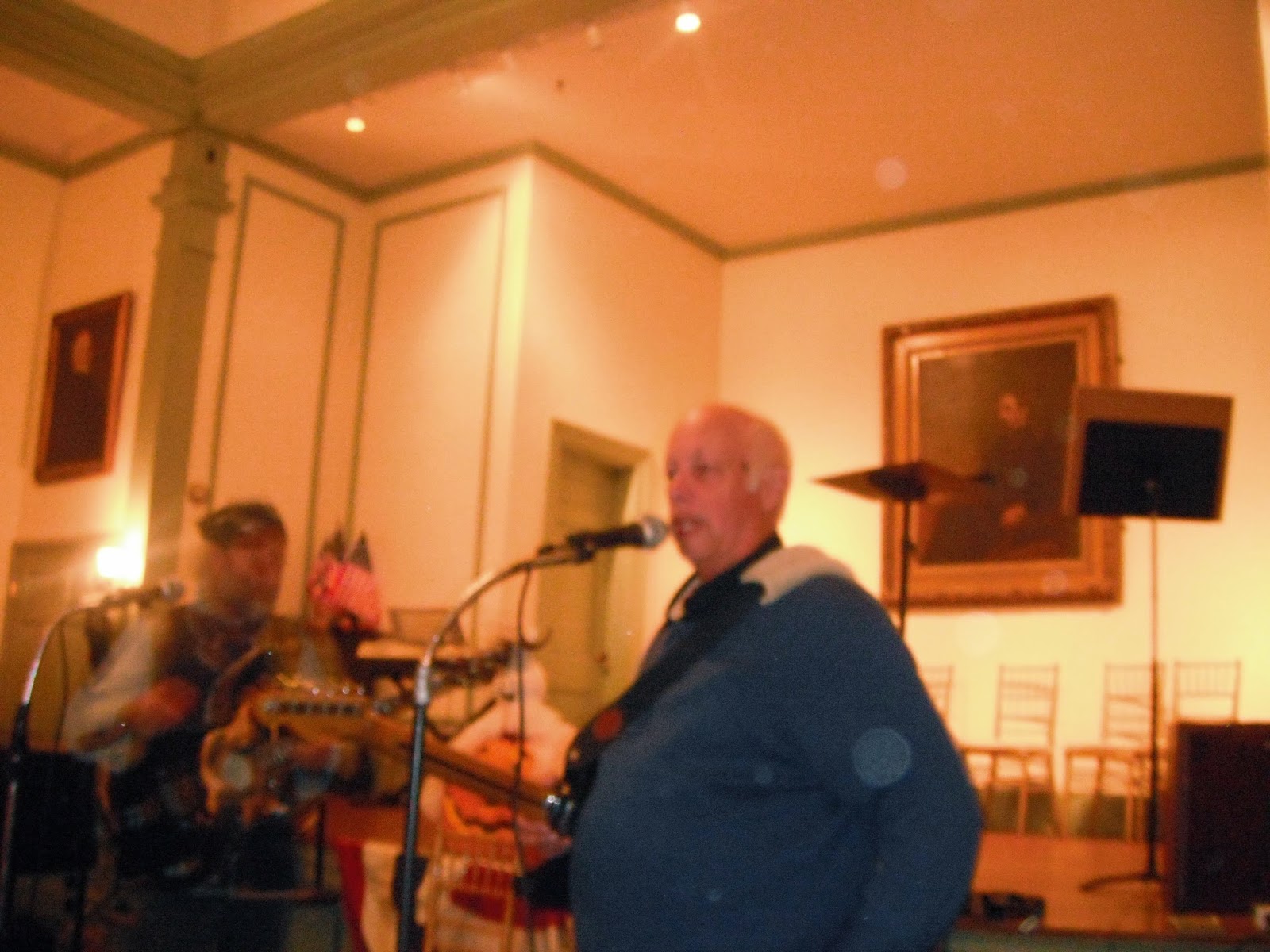 Here’s a pic of Dan beneath a portrait that looks a bit like him? Is it the portrait of Dan Gray? 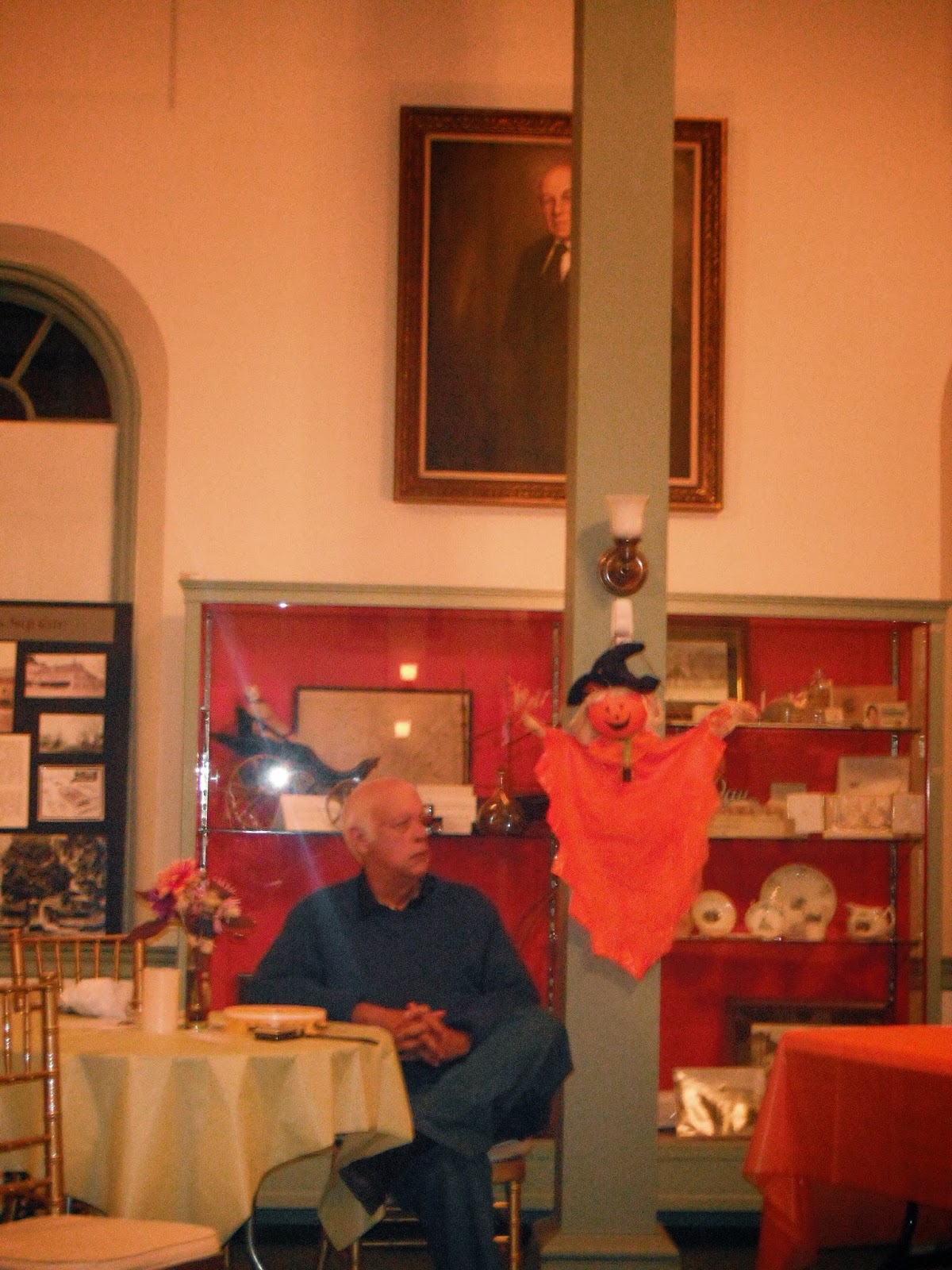 Dan sang a couple of tunes with Ministrel Michael 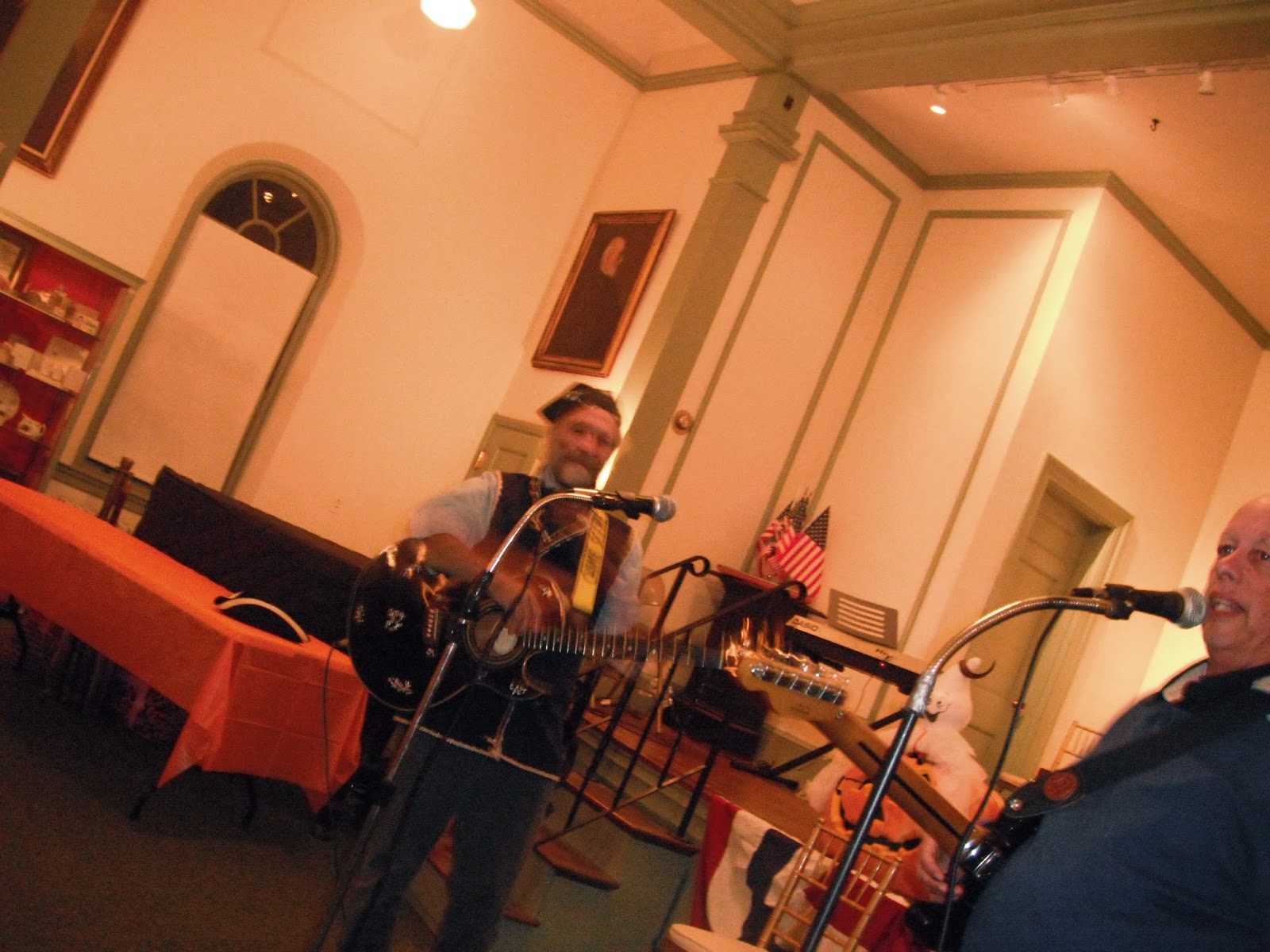 Minstrel Michael then played a cool but sad Christmas tune. Most of the best Christmas songs are sad. Why is that? 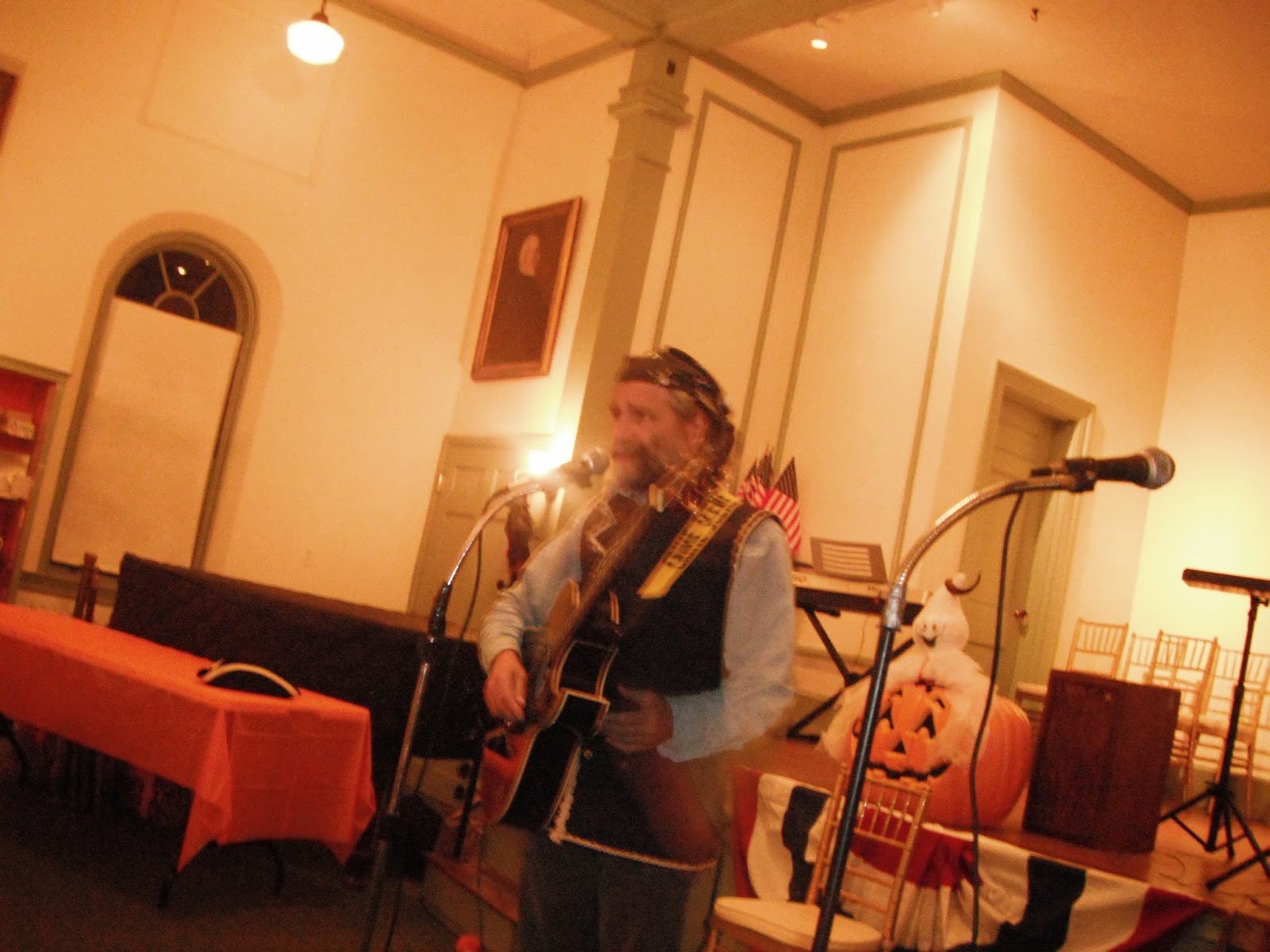 Then it was time for the sounds of Astro Al being spooky. Thanks to Alyssa Arrigo for the great pic! We did 3 things. Mansion of Dracula, You’re Dead, So Shut Up, and a brand new piece called Movement in the Field. 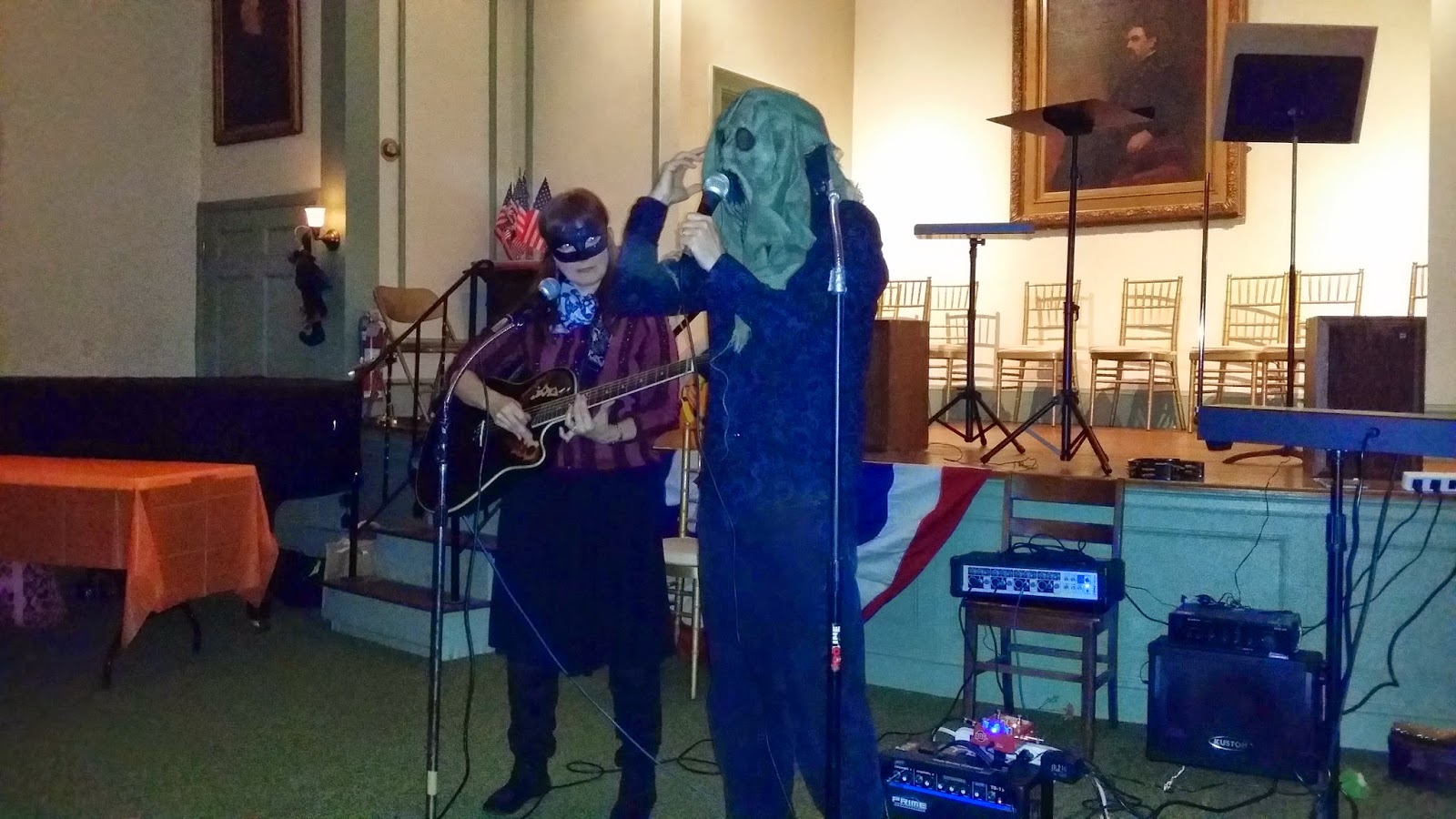 Next up was singer/songtress Amy Spillert. Amy sang a very cool tune about being a spy in WWII. She also passed around pics of some ladies she wrote songs about. 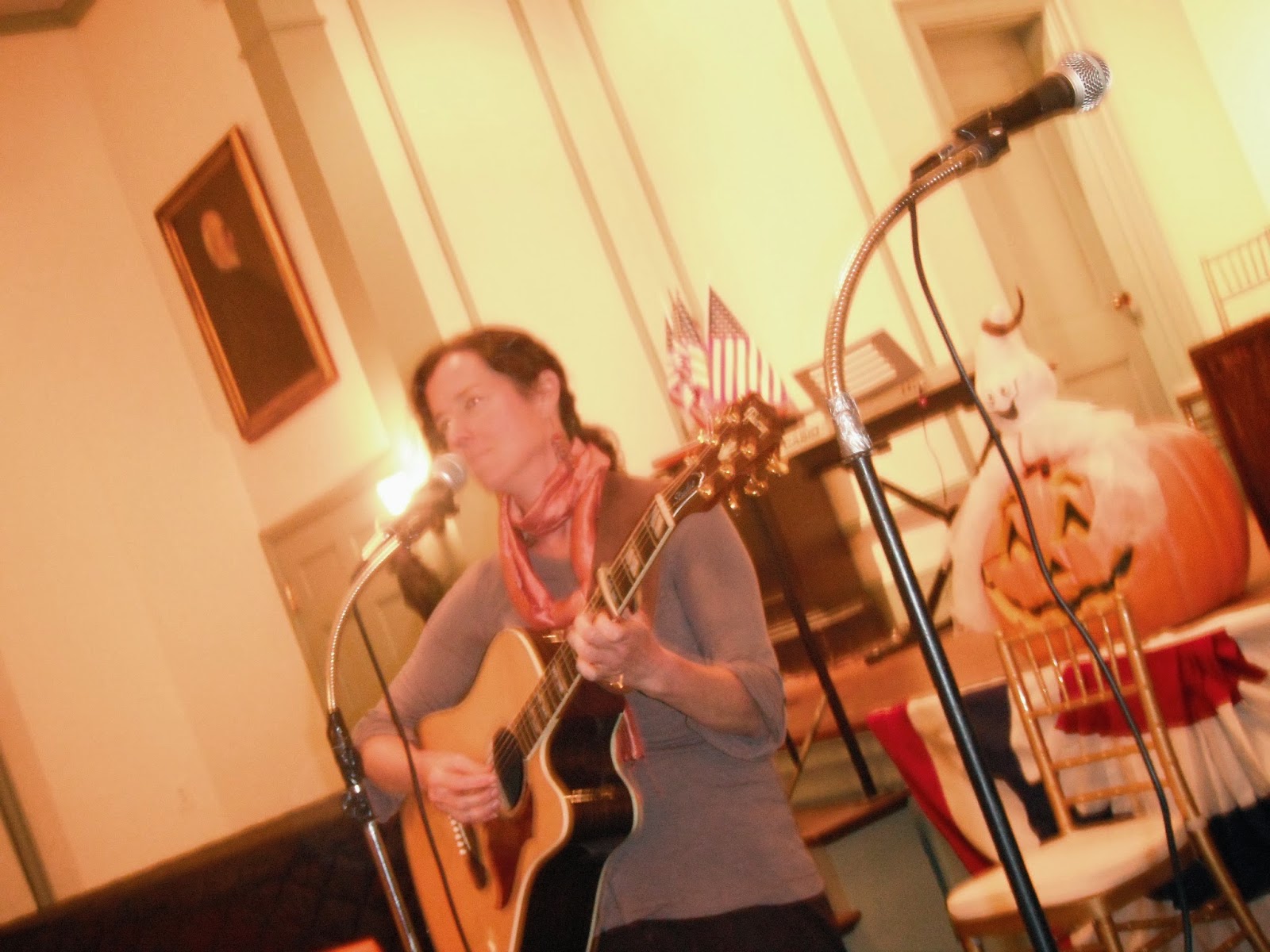 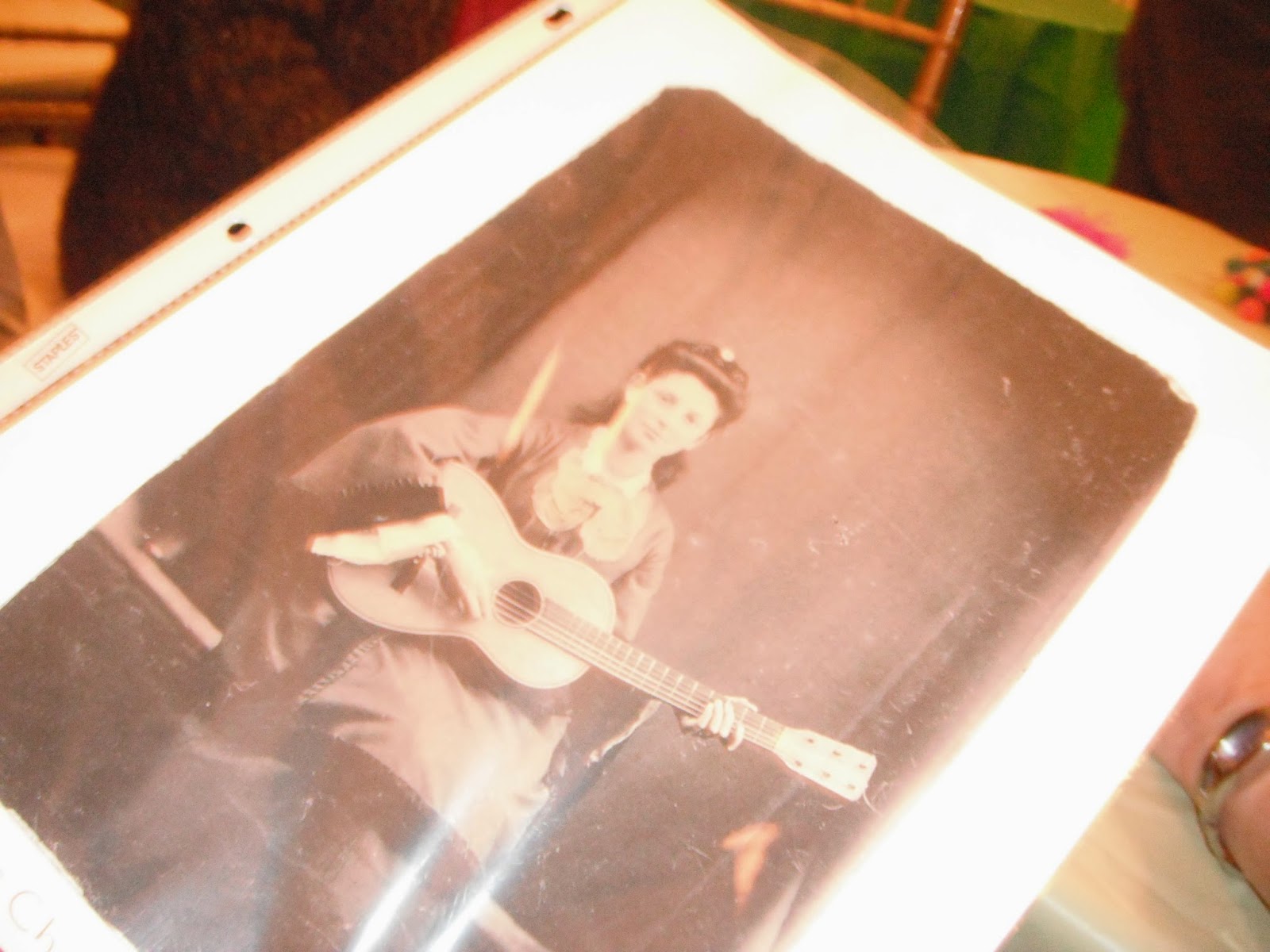 Scott Matsumoto played next. He did an all instrumental set. This guy is one great guitar player. Very impressed with his skill and his humble nature. Hope to see him perform again! 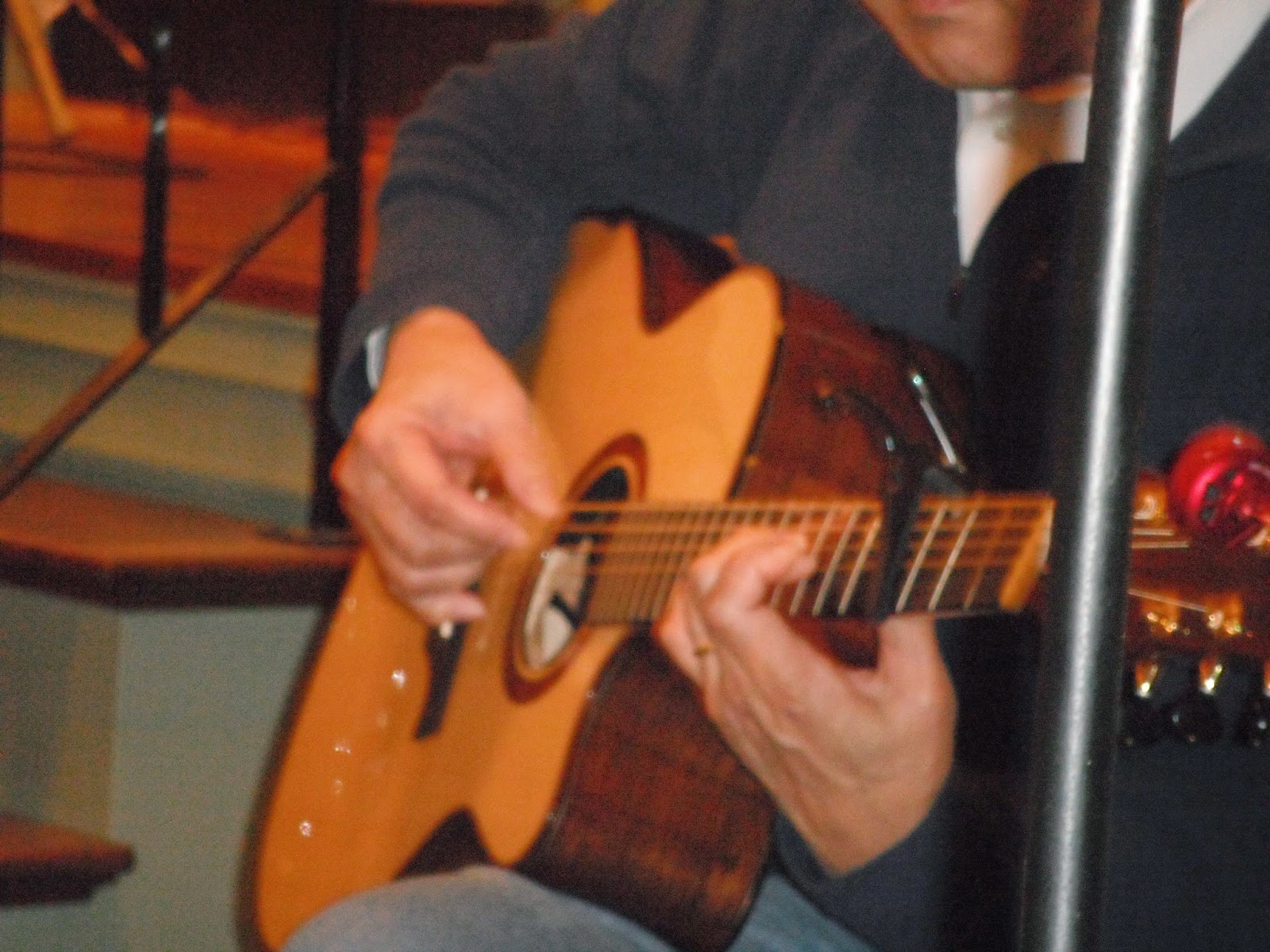 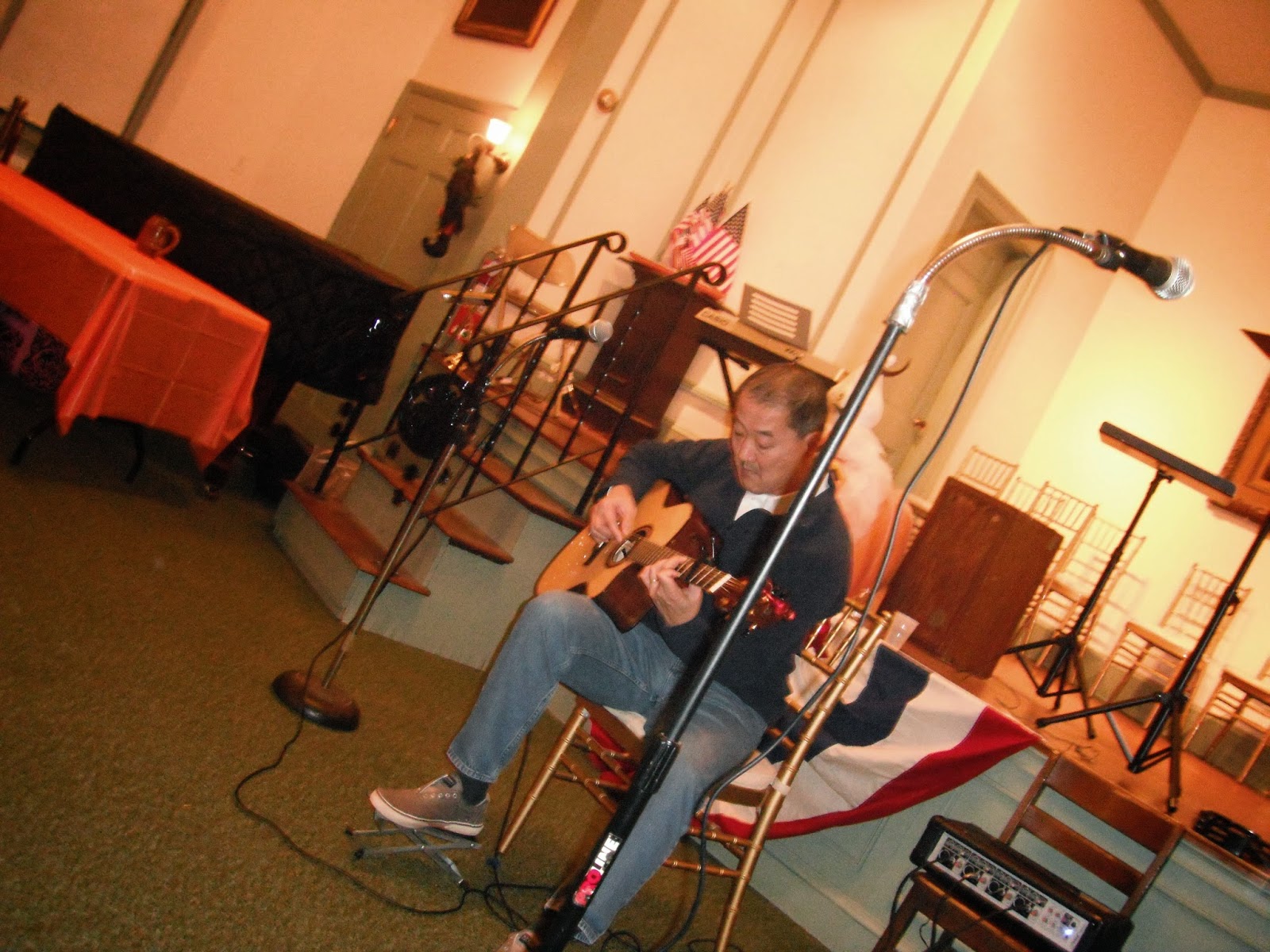 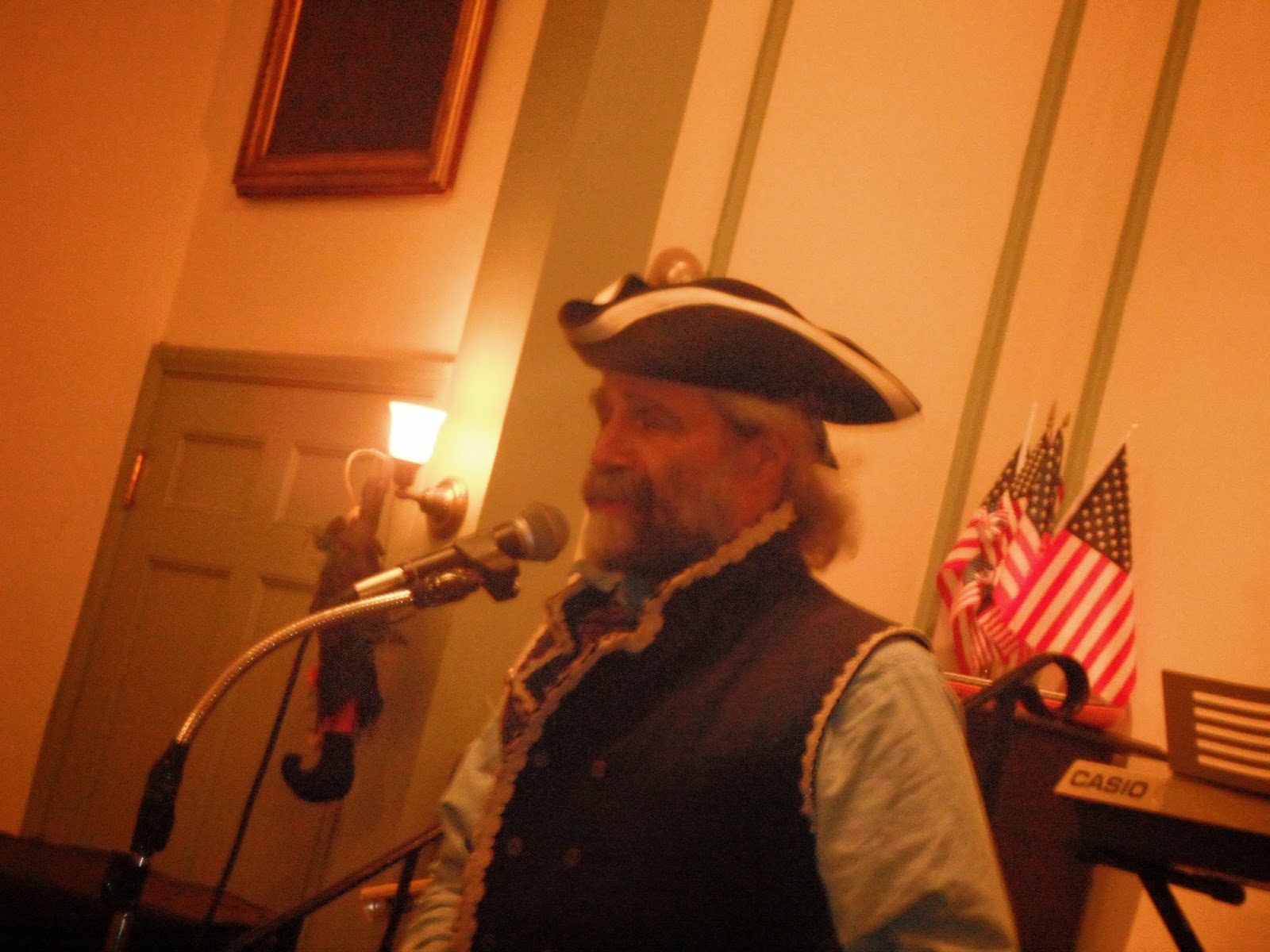 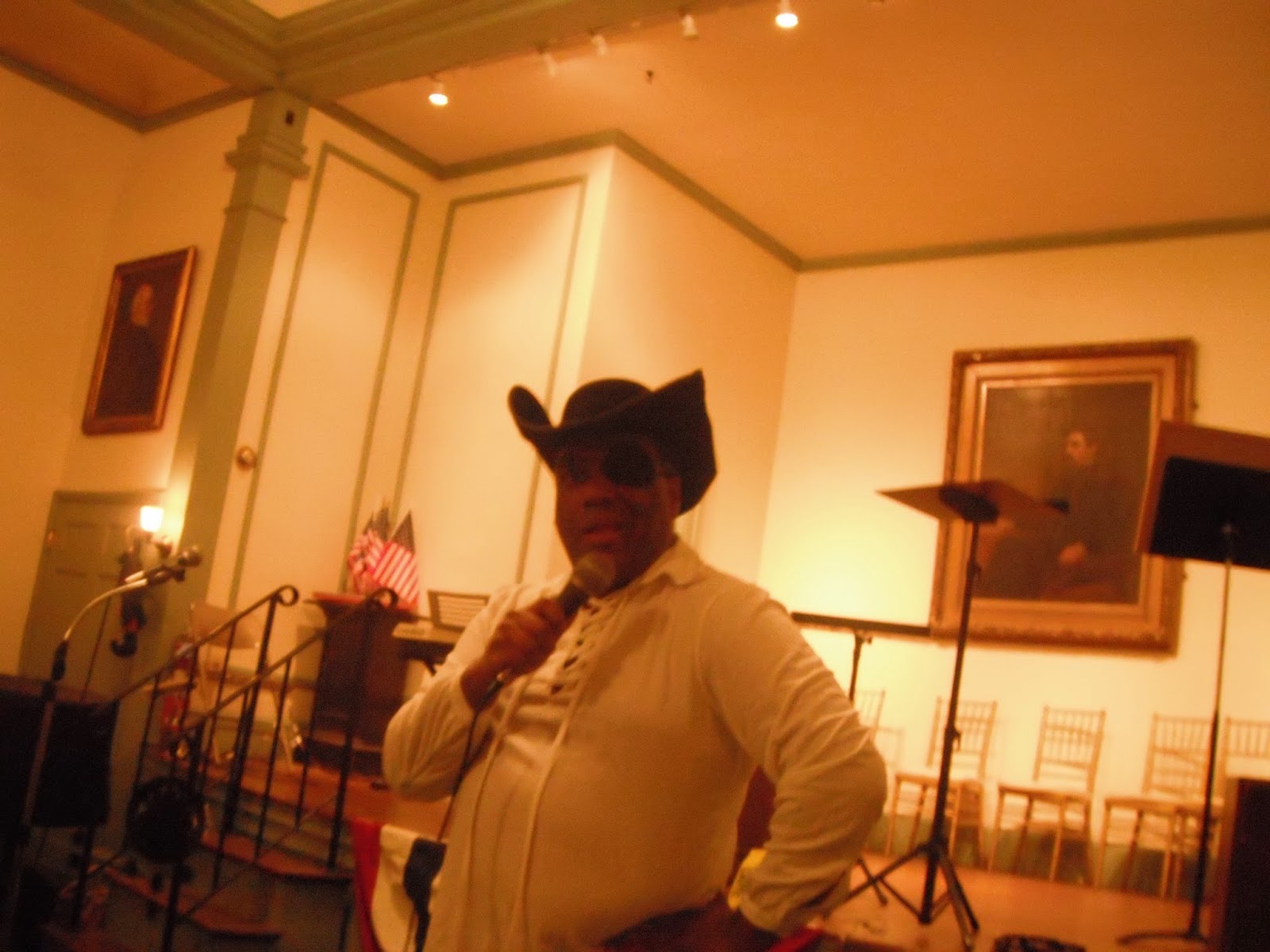 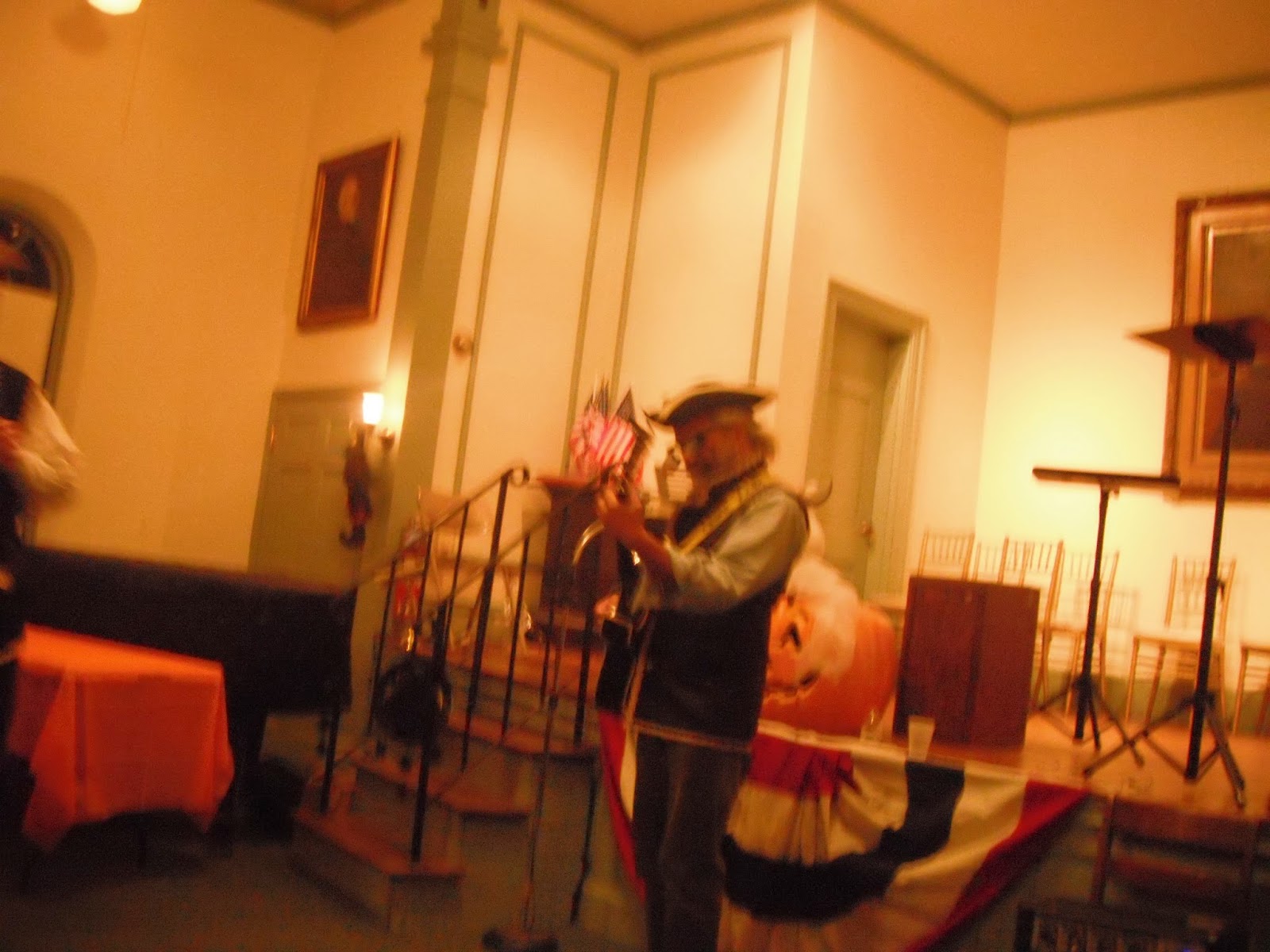 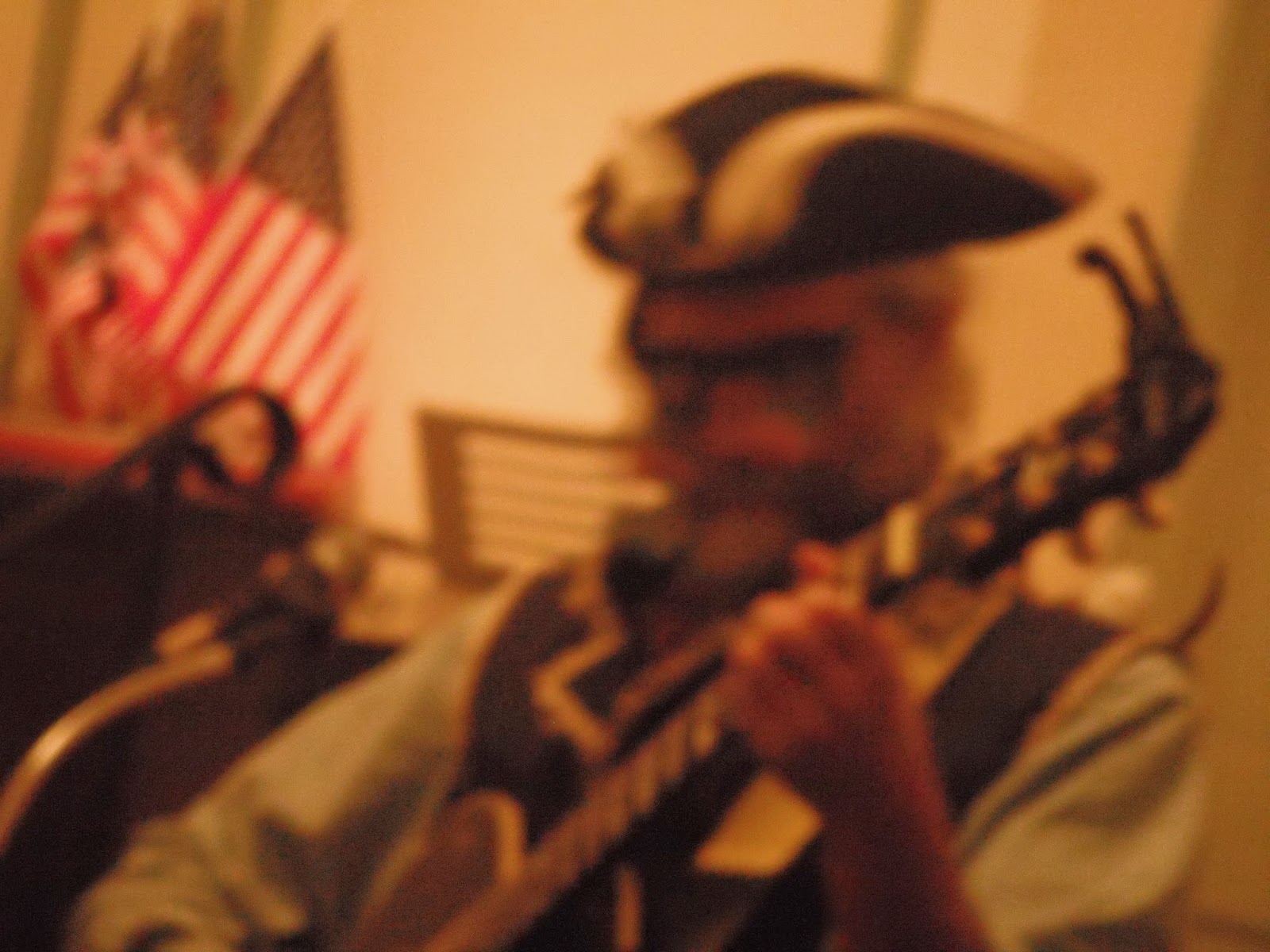 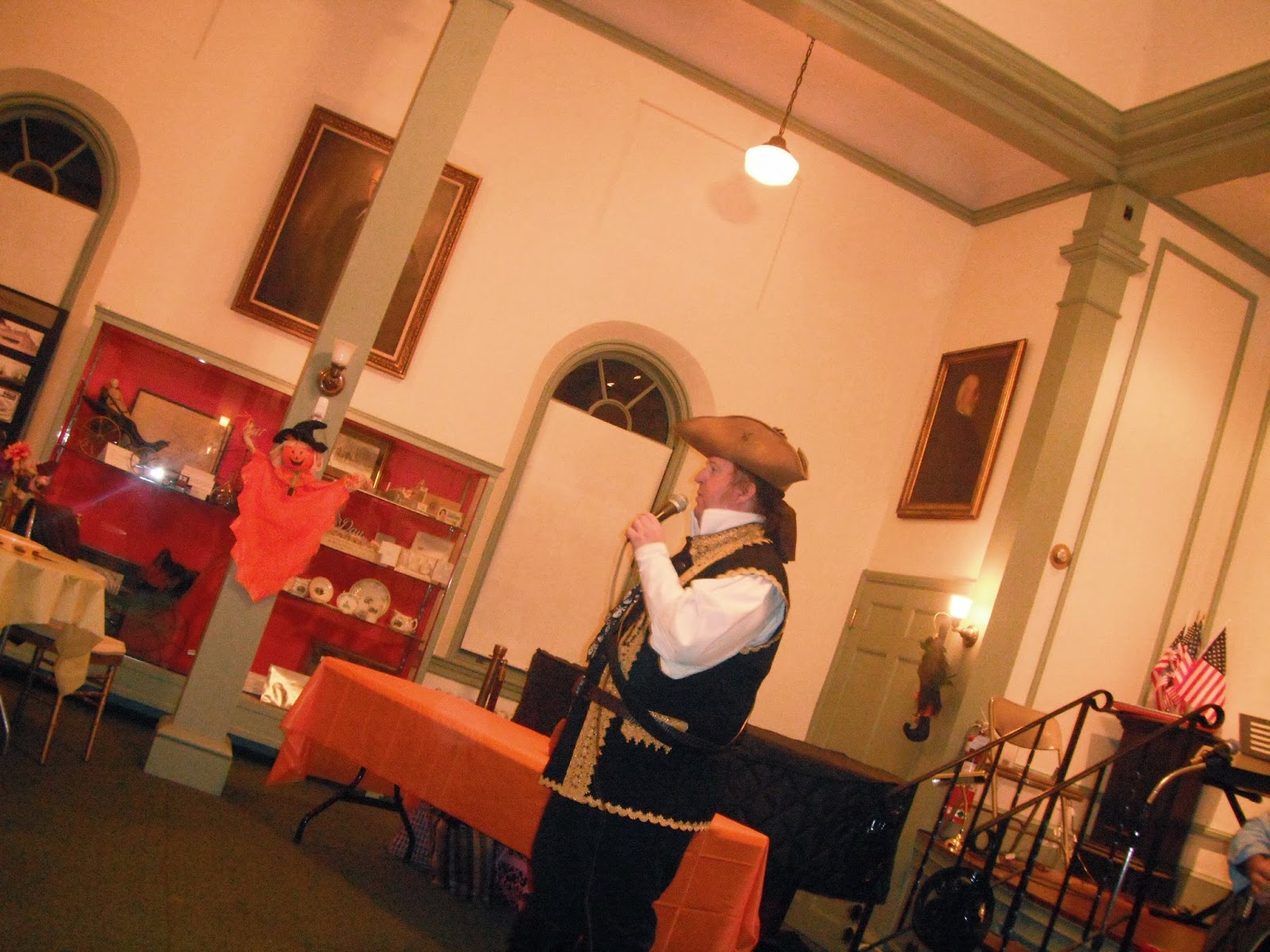 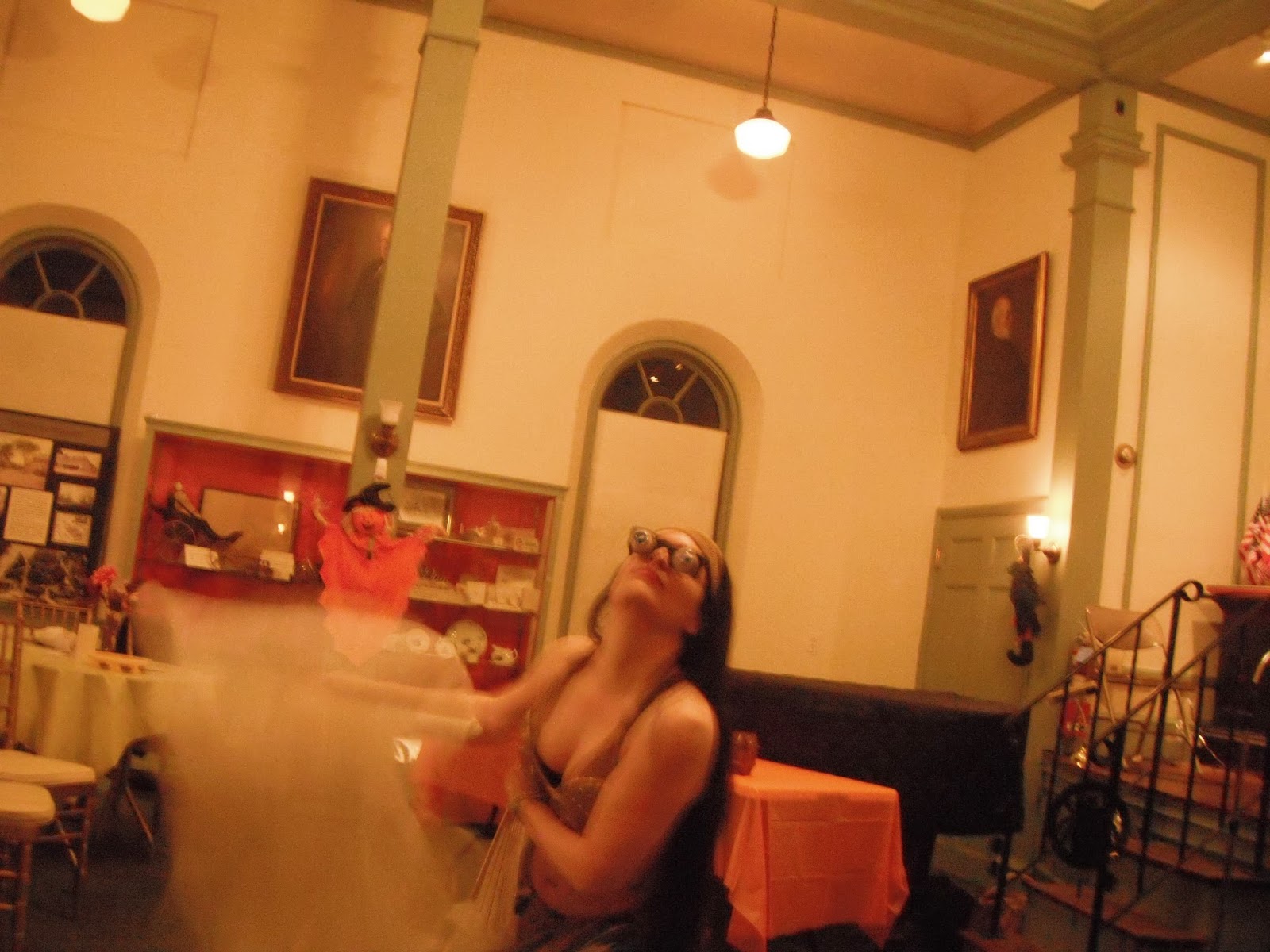 The show closed with a group sing along to the Monster Mash. 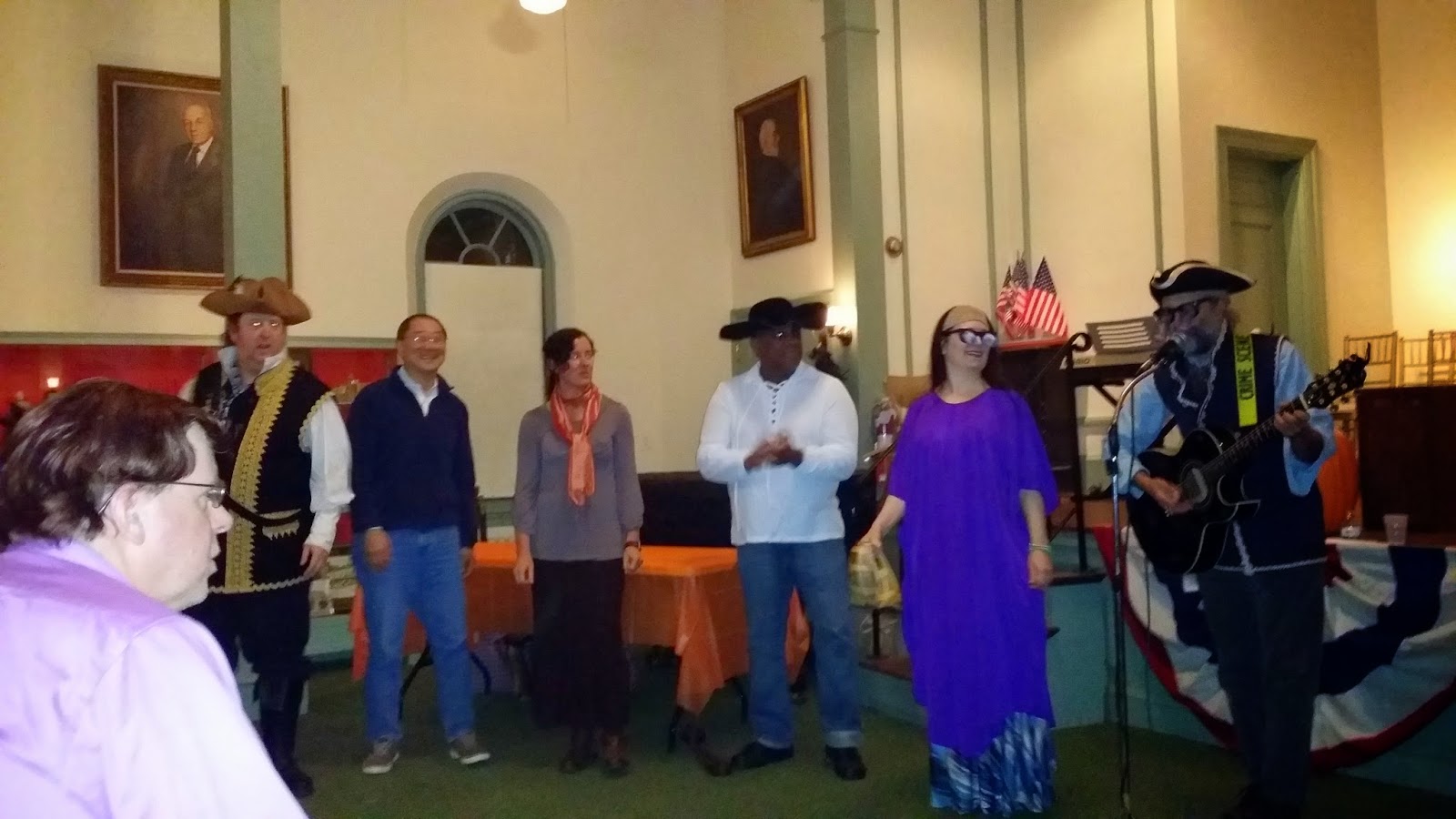 A ghoul good time. Go to the Onion Town you may cry but you won’t regret it.

Posted by Count Robot at 8:35 AM No comments:

One of my favorite bit of words that I ever wrote for space rock metal masters, Spaceseed, is The Empire of Night.
People may get different things out of this track and most of the time I loathe over explaining my scribblings because when I read something I like to take my own interpretation of it just as I do with any other piece of art, but after some reflection I figure it is worth chatting about this piece a little.
What Empire was about for me when I wrote it is quite simply, paranoia’s prophecy becoming self-fulfilled.
When you get so paranoid that something is going to happen, often you make it happen just to validate yourself, even though you could never face that fact.
The character in Empire was never on the “government watch list” until he put himself there, and would never have his machine taken from him until he put it out there about the things he claimed it could do. Then of course he destroys himself and the entire world just to free himself and vindicate himself at the same time.
That’s what paranoid prophecies can do to you folks. Sadly it’s in the headlines all the time now. Don’t give in to those delusions.

-Yours in Bunker based living,
Count Robot
Posted by Count Robot at 4:39 AM No comments: